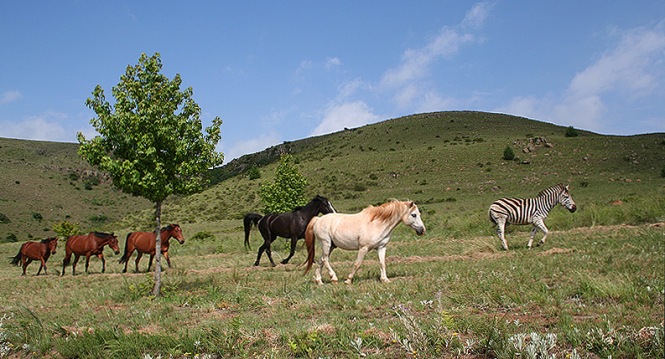 This past weekend, as many of you likely know, I attended the Willamette Writers Conference. It wasn’t my first time attending (I went last year under the guise of just being an attendee), but it was my first time attending as faculty. That, in and of itself, added a layer of terror and anxiety. But there was one thing in particular I found myself struggling with, not because of anyone at the conference (seriously, everyone I met and had the opportunity to interact with were friendly and awesome, and I highly recommend going if you have the chance), but because of a set of deeply entrenched scars that are the product of my battle with elitism in the arts.

This particular demon surfaced in the form of a tweet that some of you probably saw:

I ❤ writing seminars, but as usual, I feel like a zebra in a herd of mustangs w/my non-literary degree. At least I wear my stripes proudly?

And obviously, it inspired the title of this post. But it’s not as negative as you might think. Instead, I’m going to show my fellow zebras exactly why it’s okay to be slightly left of center, why conformity is over-rated, and why there is value in every experience you bring to the table, whether it be literary or not.

The world of publishing is a strange, slightly archaic one, full of tradition and whispered secrets and closed doors. The Old Guard would have you believe that in order to be successful as an editor or agent or author, you have to follow the traditional path — earn a degree in creative writing or literature or publishing, put in your dues serving other literary people coffee (or publishing short story after short story) while living in a closet in New York, and eventually, maybe, you might actually get your foot in the door.

I don’t have a literary degree.

In fact, my path to a career in publishing is probably the most circuitous, winding thing ever. (You can read all about how I became an editor at that link there.) And I’ve noticed that I’m not the only one. Like the invasive species the Old Guard would paint us as, non-literary backgrounds are slowly infesting the halls of publishing and forcing an industry that’s fiercely protected its traditions for hundreds of years to do the very thing it fears most — change.

And I, for one, think that’s fantastic. However, those of us without literary degrees face something the rest of you don’t: a perceived judgment and condescension. Snobbery, if you will. (Note that I said “perceived.” Most of the time, the person with the literary degree isn’t actually judging or condescending; it’s our own insecurity demon and sense of inadequacy getting in the way.) What makes us worthy of competing with those who have the “proper” training? What could we possibly know about the business of writing and selling books without a certificate of accreditation from a prestigious university?

Turns out, quite a lot. In fact, I would hazard that some of us without literary degrees might even understand the business better than some who have them.

Now, before anyone gets all offended, I want to set the record straight. Following the traditional path to a career in publishing is perfectly fine. I have nothing against English degrees and actually loved everything about college (I often daydream about going back). And I’m certainly not saying that everyone who has a literary degree is a pretentious snob. What I’m commenting on is the internalized perception of snobbery many of us “non-literary” folks wrestle with. It may not be as insidious as some forms of prejudice, but it definitely hovers on the border.

Let’s veer away from that dark topic, though, and get to the point of today’s post: having a literary degree is not a requirement for success in publishing. In fact, if you look closely at your background, you just might find that every skill set you’ve learned, from formal education to working that crappy day job, has added something to your bag of tricks.

For example, here’s how my life stacks up:

Yes, it’s an eclectic arsenal, but wrap it all together and it’s what makes me, well, me. One of my best friends called me a powerhouse the other day (which is seriously one of the best compliments ever!) and it started me thinking about myself differently, trying to see myself not through the lens of my own insecurity and fear of coming up short in the presence of my peers, but through her eyes. And you know what I realized? I may be a zebra among mustangs with my odd mixture of experiences and non-literary background, but I’m actually kind of proud of that. And when it comes down to it, I can keep pace with my non-striped cohorts.

So, to everyone who’s ever felt like they weren’t good enough to be where they are, that they were too different to fight for their dreams, that they’d never be accepted by the Old Guard, I say this: Wear your stripes proudly, my fellow zebras. Embrace what makes you different. Own what sets you apart. It’s not a weakness, and its just as beautiful. Believe in your stripes, slay that insecurity demon and feeling of inadequacy, and you just might find that the mustangs around you aren’t running away, but are instead running with you.

9 thoughts on “A Zebra in a Herd of Mustangs”