Well, hey, look at that. I managed to do a second post before two years had passed this time. I did tell you I’d try to be back more often. Huzzah!

Much like the last one, this one features a cover reveal / mini-book review of a title I’ve had the privilege to help find its way down the long, winding halls of the publishing pipeline. As a reminder, this series contains my own, non-compensated and purely voluntary insights into what it is I loved about this project, both as an acquisitions editor and as a reader. We good? Good.

First, check out this fun cover designed, as ever, by the talented Ashley Ruggirello: 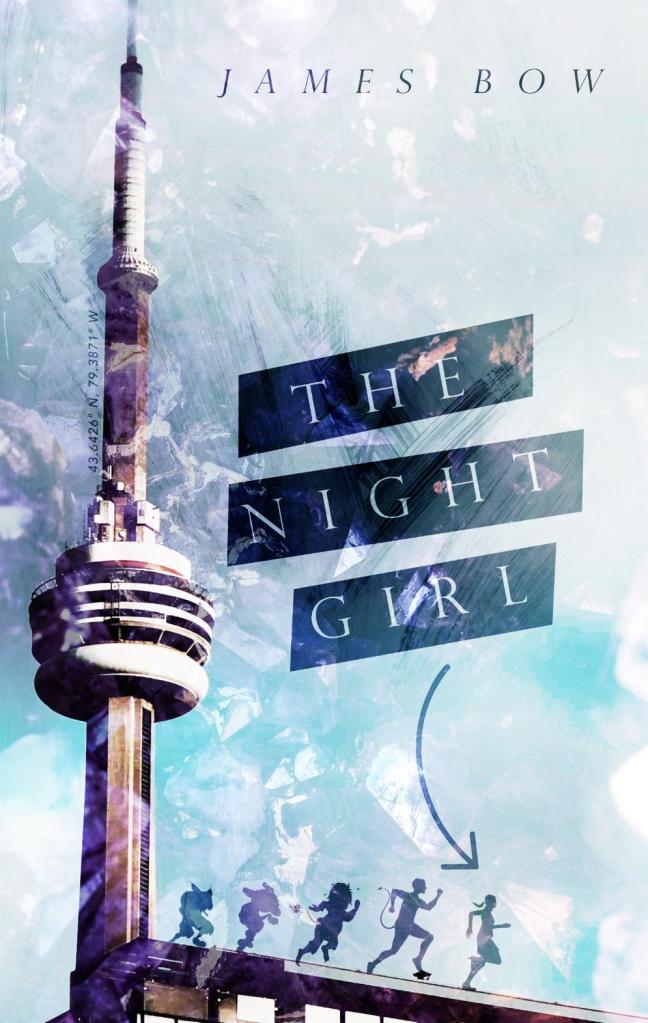 The official back cover copy is still being finalized, so for now, it’ll have to remain a mystery. But if you’re super intrigued (as well you should be), I’d suggest heading on over to the author’s website, where he’s posted a press release that will certainly give you a taste of what to expect from this quirky, yet surprisingly resonant and timely novel.

Bow makes a great point in his afterword (which you’ll all get to read, if you’re so inclined, in just a few short days, as this one’s springing onto shelves this coming Tuesday, September 10th), that his hometown of Toronto is every bit deserving as a setting as the more prolific Los Angeles, London, or New York. But to say this novel is Toronto-centric would be a disservice to what Bow has masterfully created. One of the hallmarks of great urban fantasy is, of course, it’s setting, but I’ve never read one where the city itself was so much a presence in the tale as to almost become the MC itself. Bow’s love for the town he grew up in is obvious, as Toronto breathes, hulking and massive and ever present, on the page. It’s honestly one of the things I loved best; you literally could not tell this story set someplace else.

Sure, some of the plot points could be universally applied to any urban backdrop, but there’s something magic in the way Bow has crafted the setting that makes it feel intrinsic to the tale of Perpetua Collins and the paranormal underbelly of a town humans take for granted. But while Perpetua’s story deals with a lot of heavy, timely themes, there’s something almost . . . innocent in the way in which it’s told. This is very much the modern equivalent of a fairy tale. I hesitate to say it has an almost Disney-esque sparkle, because many of you will consider it a detriment, but there’s something about it that keeps drawing me back to that comparison. I could easily see this among Disney’s roster, and not just because of the goblins, trolls, and faeries. No, it’s an essence to the prose itself, an ineffable, yet utterly familiar quality to the light of its cinematography.

Don’t let that comparison fool you, though. Bow has packed this novel with fair folk who make the Celtic traditions proud, a narrative of struggle and poverty that’s all too familiar to anyone born below the age of forty (yes, millennials, I might be looking at you), and a conflict rife with prejudice and injustice that makes this tale an extremely relevant, timely allegory to our countries’ shared political state. I might not be Canadian, or ever set foot inside the city limits of Toronto, but there was much in this tale that I could overlay on American cities and soil.

I walked away from this one satisfied, happy, but with a sobering, thoughtful view of today’s societal views. And that, my friends, is one difficult combination to pull off. So, if you’re in the market for a read that’s both quirky, thought-provoking, innocent, and dark, I would definitely consider checking this one out. Add it to your Goodreads TBR today!